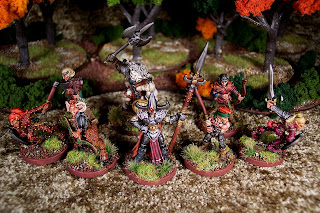 Unless you’ve been living under a rock of late, you probably have heard that Games Workshop is gutting the Old World setting for Warhammer Fantasy Battle and will be reducing their army and troop selections down significantly.  If you, for some reason, haven’t heard this you can find out more here http://www.warseer.com/forums/showthread.php?405473-Warhammer-9th-Edition-Roundup-Discussion

Now, before I get into the heart of my thoughts I’d like to formally declare that this is NOT a bash GW post. In fact, you might be surprised that its tone is more favorable than one might expect from an ex-GW player and Outrider, and current competitor in the fantasy wargaming market. Bear with me and you’ll understand why I’m grateful to GW for what Warhammer has meant to this hobby.

Over the past 28 years since I broke my teeth on Warhammer Fantasy Battle 3rd Edition, I have been not only a devout player, but a game store manager, an Outrider, and an overall Champion for all things Warhammer/Games Workshop.  Up until 2005 when I purged a significant amount of gaming figures and scenery and stopped playing WHFB & 40K, I had been insanely GW-centric.  I helped build the Reno/Sparks Warhammer community from scratch back in the 90’s and from 1999-2002 sold more GW product on a monthly basis than all the other game stores in the entire state of Nevada combined. It could definitely be said that I was Pro-GW.

Though I was actually more Pro-Warhammer Old World than Pro-GW. And Pro-Black Templar, but primarily I was a Fantasy player. On more than one occasion I would point out that GW basically repackaged the works of such Fantasy luminaries as Fritz Leiber (the Skaven), Michael Moorcock (Law vs Chaos), Tolkien (Everything else), and our own Medieval/Renaissance history. And even with this knowledge, I was still hooked by the Old World. Warhammer 5th Edition was the last version I played. And yet, The Old World remained a strong hook for me as a gamer.

From the rumors it seems there are some business and intellectual property reasons for ending the Old World as we know it. That’s all well and good if they think it’s good for their business. I’m not going to fault anyone for that or judge them in regard to these changes since I have no valid information to determine if this is good or bad for their company. I’ll stick to worrying about my own company and leave them to theirs.

What I’d rather do is take a moment to reflect on what the creative types at GW did exceedingly well, and acknowledge publicly that whether or not you agree with the business practices over the past years, they really did shape the future of this wargaming hobby, and also introduced us to new and iconic fantasy troops and monsters that we love to this day.

While there was over the years a goodly amount of concepts borrowed from the aforementioned sources, the Warhammer creative collaborators, namely Rick Priestly, Jervis Johnson, John Blanche, Dave Andrews, Michael & Alan Perry, Andy Chambers, Aly Morrison,  Jes Goodwin and others, built out the mythology and scope of the Old World setting with a real eye towards the high fantasy genre. Over the years they have in turn inspired so many other authors, game designers, miniature painters & sculptors, and wargamers that we’d be sorely remiss if we didn’t acknowledge the incredible impact they’ve had on the genre and the hobby.  I thank them and praise them for all of the inspiration they have given me in the past 28 years.

Since as a younger man I was as skinny and agile as an Elf, it was only natural that I was first drawn to the High, Sea & Wood Elves of the Warhammer World.  When I first read my copy of issue 96 of White Dwarf with the 3rd Edition Wardancer rules I was blown away! Here were some Punk Rock berserker elves that were master acrobats and deadly warriors. Of course they were some of the first miniatures I painted for my army and will always be my favorite troop type. Later, when they released the Harlequins for 40K I was again captivated by these brilliant concepts.

From Ravening Hordes to Warhammer Armies to each army getting its own book, GW continued to fire on all cylinders for me. The Swordmasters of Hoeth, White Lions of Chrace, Reiksguard Knights, Warrior Priests of Sigmar, Chaos Warriors, Beastmen, and a host of Chaos Daemons flooded my imagination and drained my pocket book.  But I LOVED it. To this day I know the history of the Warhammer World better than the Bible, and could build my army lists from memory.

And now I read that a significant portion of that whole milieu will be gone, destroyed in a cataclysmic conflagration at the conclusion of the End Times story-line. Yes, that’s a tear rolling down my Sigmarite cheek…. 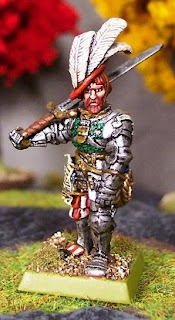 I left the GW hobby as a whole after I started writing Brink of Battle: Skirmish Gaming Through the Ages. I had done my bit for King & Country with my Empire & Black Templar armies, and was really more interested in something on the level of Mordheim or Necromunda than on a company level battle game.  In fact, despite its flaws, Mordheim was for years my all-time favorite game.  It had an atmosphere that was unmatched elsewhere, and Tuomas Pirinen and Mark Havener took things to a whole new level.

In fact, I can tell you now that if it wasn’t for Mordheim, there would be no Brink of Battle. I was inclined to using smaller 500 point armies with several players on the board for WFB, and going to a smaller figure count with more of a role-playing/D&D adventure party feel had a powerful hold on me. 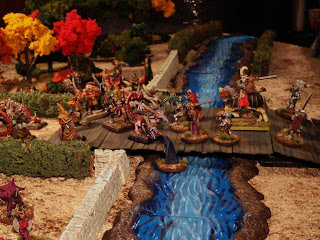 So when I got into Historicals, particulary WW2, I was itching to play something akin to those two skirmish games. Since I didn’t find anything satisfactory, I decided to write my own. And now, nine years later I’m using my BoB rules and our massive Epic Heroes fantasy expansion to play skirmish games with the veritable shit-ton of Citadel and GW miniatures I’ve been recollecting from eBay and gamer flea markets over the past decade.  And while we aren’t necessarily re-creating the Warhammer World per se, we are getting to breathe new life into old figures and create great new stories in the original spirit of the Old World.

So for those of you who are looking at the eradication or ‘Squatting’ of much of your current WHFB armies, take heart! We welcome miniatures from ALL companies or game systems that have left you feeling lost or alone. ;) You have all of the tools at your disposal to play skirmish games with our rules and still get the value and use of your miniatures, regardless of the game system they were made for originally. 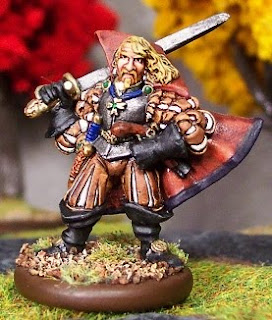 I’m currently building a Sea Elf Warband using some Jes Goodwin Elf sculpts from the 80’s alongside an Aly Morrison Marauder Miniatures High Elf champion, and some 5th edition High Elf spearmen and Shadow Warriors to create my Sea Elf Merchant Marines. Could I have built that force in my Lost Empires of Arkantis setting from the Epic Heroes book? Sure! But I’m digging the idea of using my rules to also play some of the rich background and troop types of the Warhammer World with my friends who love that setting just as much as I do and who also have a gob of GW/Citadel figures sitting on their shelves. 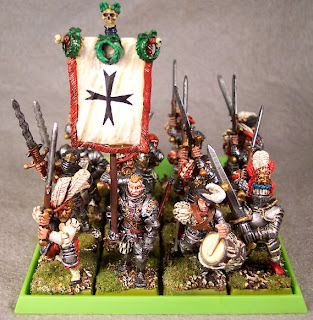 And the rumor that Warhammer is going to become a skirmish style game like Lord of the Rings or WarmaHordes doesn’t surprise me. Back in 2006 I saw where the market was going to end up, and thus far my assessment has been dead on.  A shorter game with fewer miniatures is easier than long games with hundreds of miniatures. Skirmish is here to stay.

So for those of you who are disgruntled by the coming changes, I would admonish you to remember that GW made it possible for us to have a thriving hobby today, and for that we all should be grateful.

For Sigmar and Karl Franz!