Final purchases on the horizon

Well, I have made off like a bandit recently when Bob, Drew, & myself went to the flea market at Great Escape Games this past Sunday.

I scored some new in blister wood elves by Jes Goodwin from the old Citadel range.

Also got 3 new characters for Wood Elves for dirt cheap, including two models I really wanted but not for 30 bucks. Got them all for 6 bucks instead.

Stocked up on plastic shields and scored Drew a heroquest Imperial Noble for one dollar!

We had a great time hanging out and buying oop stuff for next to nothing.

Drew came over saturday afternoon and we threw down some Strike Force Commander with our fantasy minis.

My Judicial Champions saw the addition of Leopold Stossel, a Knight Veteran with heavy armor and a halberd.

I was incorrect in my previous entry about his Wind Song Harmony; that's not the name of his cavalrymen. They are the Storm Flower Harvest, and are a real pain in my ass! :)

Our first game was a Retrieval Mission. We played on a 3x3' table, and it was kinda tight on space, but we still had fun. Drew won, and my boys finally put out more than one of his horsemen.

The second game was a Raid with me as the Intruder. We fought that one to a Draw, both of us failing Rout checks at the top of Turn 4.

Later Jim came over to get our Star Trek rpg characters designed. That was a blast.

Then today some of us went and saw Thor. Fantastic!!!

Great weekend of uber geekery!
Posted by Faust23 at 6:33 PM No comments: 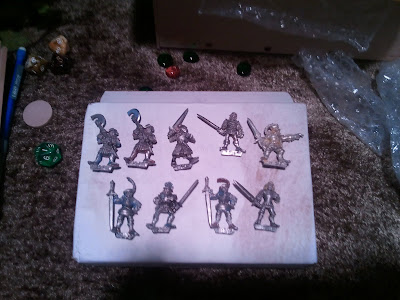 Well, I've been buying more minis than I've been painting lately, though that's about to change.

Here are some snaps of my recent acquisitions, as well as our table set up for the battle report of my game with Drew in last post. 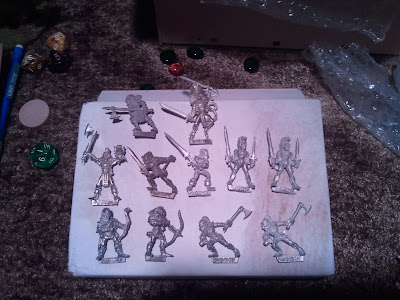 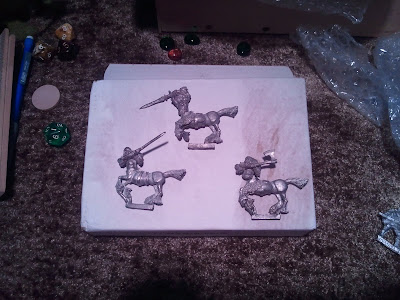 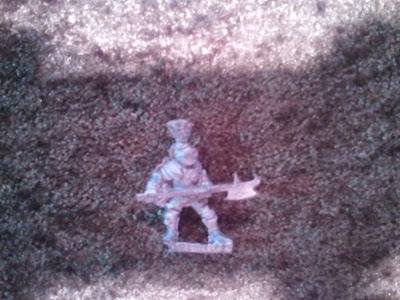 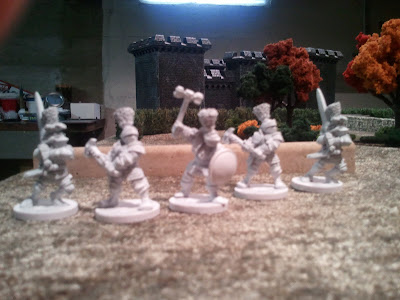 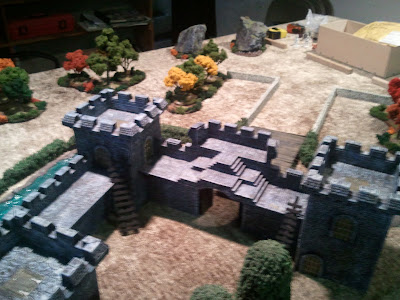 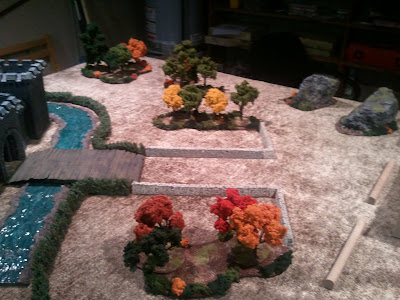 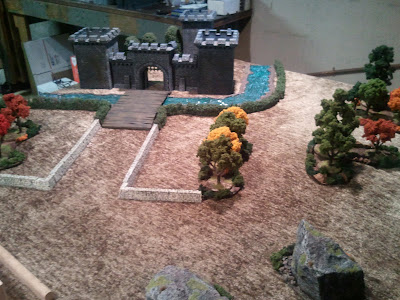 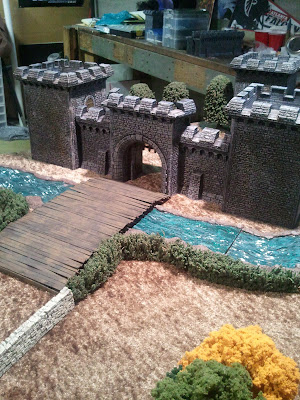