Well, believe it or not, today's my birthday.  I've posted some musings over at our Brink of Battle blog for you to read if you are interested.

I don't want to repost the same thing here.  I'm also trying to get more followers to read the BoB blog. ; )

Brink of Battle turns 6 today.  Ain't that something.  I have musings about that to over at the BoB blog.

So, if you are interested, go check it out here http://www.brinkofbattle.blogspot.com/

Robert Faust
Posted by Faust23 at 5:16 PM No comments: 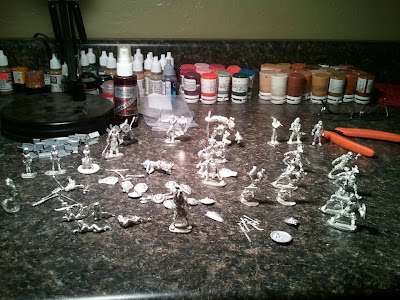 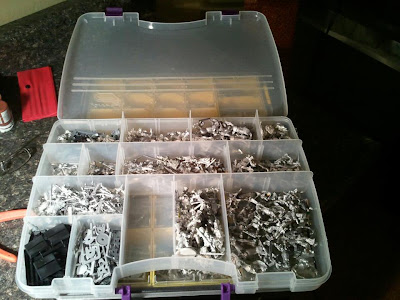 Well, my foray into All Things Fantasy wouldn't be complete without the addition of David Soderquist's genius sculpts. Drew & I received our shipment from David and we are thrilled like you wouldn't believe.


I have included a couple snaps of my figs, and the spot I just made for them in the Fantasy Storage Unit which weighs about 11 tons. Yes, that was hyperbole....

In the clean up/prep stage for now. That stage I loathe the most. ln 32 years of this hobby it never gets fun. Mold seams, flash, and other pesky things are just damn annoying. 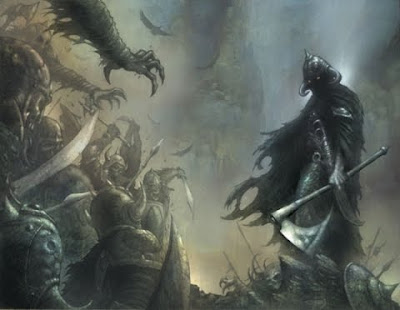 Now that Brink of Battle has hit the streets and has been very enthusiastically received, its time to start the play testing for the Fantasy supplement, Epic Heroes!

Drew & I have been stocking up on fantasy minis for some time now from various and sundry manufacturers, and now its time to put brush to model and get it done.

David of Bronze Age Miniatures has totally captured my imagination with his Orc range. They look more like the 'beast-men' or mongrel men of Frank Frazetta's artwork, than they do of either Tolkein or Warhammer.

Drew & I put together an order that we are anxiously awaiting. Once we have some pix I'll post them up here.

And a new Jagger Kilmane is in the works. I think I have a new model conversion in mind for the Father of Sorrows. Stay tuned.