Well, its been a hectic month. Work has picked up considerably and I've been pretty wiped out. However, I've been poking here and there at my figures and here's what I've done in the past several weeks.
My first announcement is that my secret project is my Blue Moon Spacemen with bubble helmets. I converted their pulp style weapons into real guns and am using them for my Traveller ship crew.
The color schemes are different for each member of the crew. Command & Control is red; Science is blue; and Engineering is yellow/gold. Yes, inspired by Star Trek. Go with what works I say. 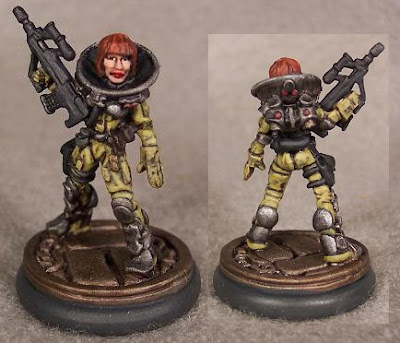 This is before the addition of the bubble helment. Here's a tip, use a non CA glue for the helmets. I used CA and the damn helmet started to fog up. 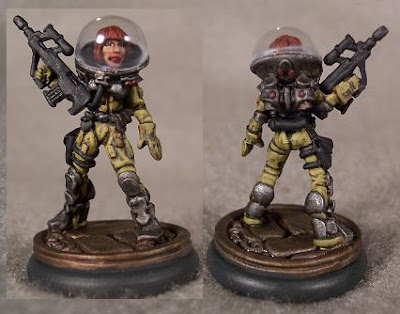 I'll probably have to pop the helmet, shave it down some more and re-attach it with tacky glue. Wish I had've thought about that first.

Here's some more finished Thirty Years' War Imperialists starting with the Cuirassier on foot and followed by the pikeman converted to a Pistolier. 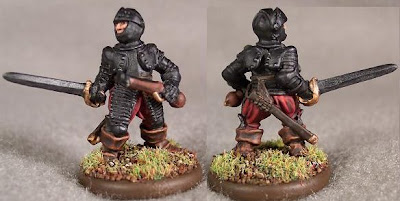 And finally a pic of all three Imperialists together ready to defend the Habsburg Dynasty!